Each year a dedicated committee of culture-savvy-enthusiasts comb through films celebrating the rich tapestry of Jewish culture to showcase in the annual OC Jewish Arts Festival. 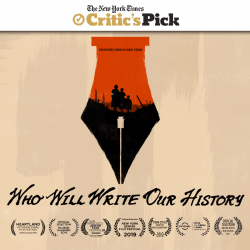 Sunday, November 3, 4 pm
Who Will Write Our History

In partnership with the Rodgers Center for Holocaust Education, Chapman University

In 1940, days after the Nazis sealed 450,000 Jews in the Warsaw Ghetto, a secret band of journalists, scholars and community leaders decided to fight back. Known by the code name Oyneg Shabes, this clandestine group vowed to defeat Nazi not with guns or fists but with pen and paper and with the truth. Executive produced by Nancy Spielberg, Who Will Write Our History mixes the archival writings with interviews, rarely seen footage and stunning dramatizations. 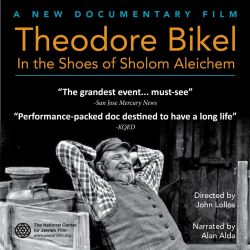 Portraits of two beloved icons – Sholom Aleichem and Theodore Bikel – are woven together in this enchanting documentary which combines Bikel's charismatic storytelling and masterful performances with a broader exploration of Aleichem's remarkable life as a pioneer of modern Jewish literature. 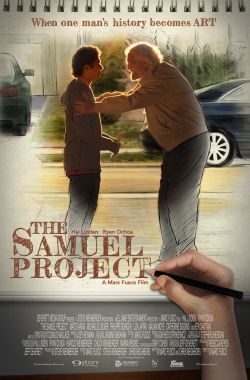 The comedic drama of a teenager Eli who gets to know his grandfather Samuel – played by Hal Linden – for the first time when he makes him the subject of a senior year animated art project. He discovers that his German born grandfather was heroically saved from the Nazis by a young woman when he was a boy. After much hesitation, Samuel decides to tell a story that has not been told in over 75 years. 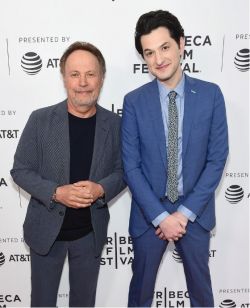 Things are not going well for Scott, a failed stand-up comedian, who returns to his hometown with his tail between his legs after striking out in LA. Humiliated about moving in with his parents and haunted by missed opportunities, he finds an unexpected connection with a tragically flawed, but charming, alcoholic dermatologist Marty, played by Billy Crystal. As their unlikely friendship evolves, Marty and Scott find strength in each other and confront real-life challenges.

For schedule and tickets, visit the OC Jewish Arts Festival at: www.JCCOC.org.