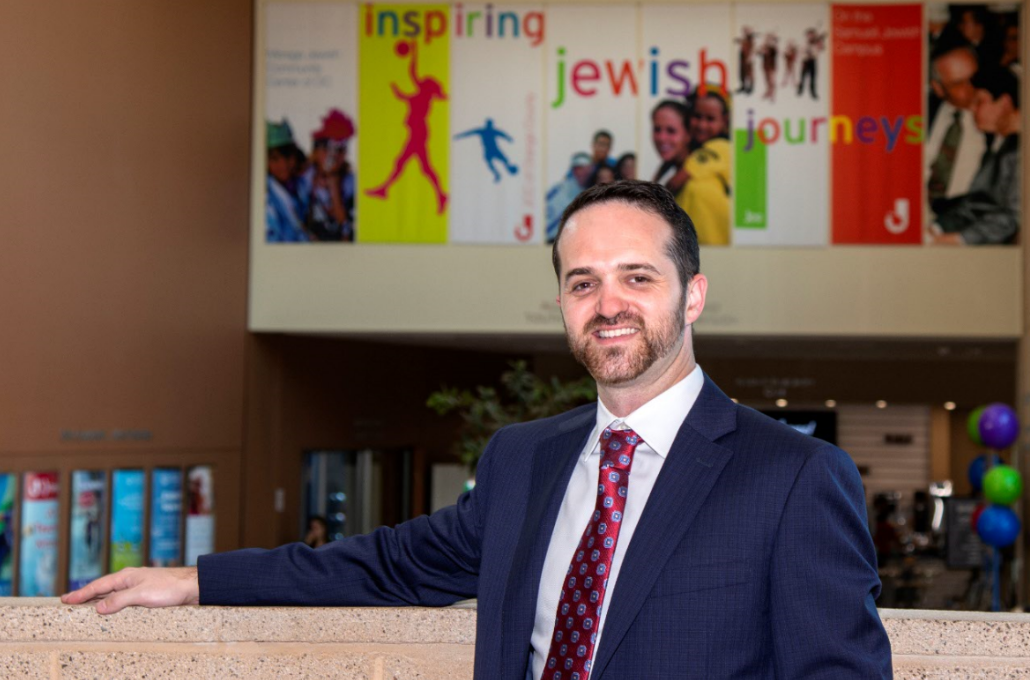 Chair of the Board, Irv Chase shares, “This time of change and transition is crucial in our history, as we have a wonderful legacy to maintain and build upon. With Scott’s leadership skills and vision, we will continue to provide to our members, in particular and our Jewish community, in general, a place where they can go to play, exercise and learn, advancing our vision of Jewish continuity in Orange County.”

Scott grew up as a JCC kid in San Antonio, Texas, cheering his father on in basketball leagues, and attending the JCC Maccabi Games – specifically notes that he loved the spirit of the latter and the communal experience of competing and playing with Jewish teens from all over the world. Jewish camps also made a big impact in Scott’s life. He attended camp most of his childhood and was so moved by the experiences he started his professional career as the Senior Assistant Director of the URJ Greene Family Camp. He also met and courted his wife, Alit at camp.

Given his love of Jewish communal life, moving from Jewish camps to JCCs was an easy transition. He worked at the Barshop JCC in San Antonio, Texas, first as the Youth and Teen Director and then as the Assistant Executive Director/ Vice President. He also served as the Assistant Executive Director of the Aaron Family JCC in Dallas, Texas, before joining the Merage JCC in the same role in October 2018.

Scott’s leadership experience demonstrates an entrepreneurial spirit, keen knowledge of Jewish culture, enthusiasm for building a sense of Jewish pride amongst children and teens, and a deep appreciation for the importance of being welcoming to all. 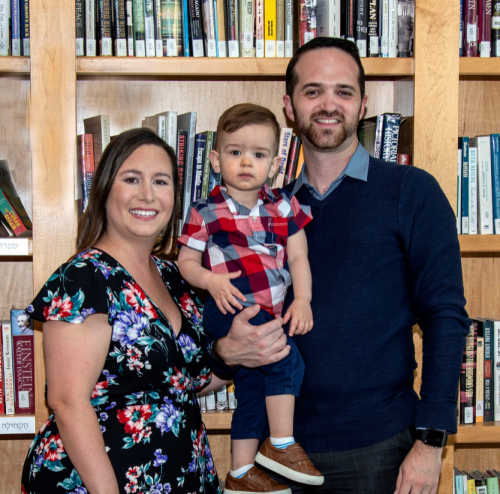 The Merage JCC is not just keeping Scott busy. Alit, an Environmental Compliance Analyst, spent her summer coaching the JCC’s dance team for the Maccabi Games. And, Noah, their 19-month old son, spends his days at the Merage JCC’s preschool, “Like many of our preschool families, we are excited to experience our son’s Jewish ‘firsts’. This summer he came home singing Shabbat songs and the Shema. I understand the delight our families feel.”

Scott is thrilled to be part of the building and strengthening of Jewish Orange County, as a leader and as a community member, “the pride I’ve witnessed since first visiting Orange County, reminds me of the pride I experienced as a teen involved in our JCC. It is this same sense of pride I look forward to sharing with Noah and our community.” He continues, “Our culture and emphasis on relationships help make this large JCC feel smaller, and a place you can call home. As a JCC, we will never change our approach in helping everyone feel at home because that is who we are.”

Although Scott is a native Texan, he does not have a Texas accent; however, he will frequently use “Y’all” and is on a search to find good barbeque in Southern California.